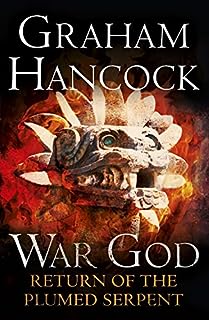 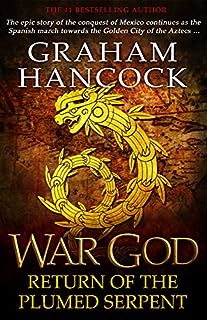 Volume 2 of the War God series

The conquistador Hernán Cortés is dreaming of Tenochtitlan, the golden city of Aztecs. But in order to win the Aztecs' gold, Cortés and his small force of just five hundred men will have to defeat the psychotic emperor Moctezuma and the armies of hundreds of thousands he commands.

Cortés expects that the warlike Tlascalans, hereditary enemies of the Aztecs, will join him, but instead finds himself locked in a deadly struggle. Even as Cortés risks all in the bloody campaign against the Tlascalans, he plays mind games with Moctezuma, aiming to dismantle the Aztec emperor's confidence and defeat him psychologically before ever having to face him on the battlefield.

In this he is aided by his lover Malinal, a beautiful Mayan princess. It is from Malinal that Cortés learns of the myth of Quetzalcoatl, 'The Plumed Serpent'. She shows him how to exploit the prophecy of the fabled god king's return to weaken Moctezuma's resolve and keep alive the suspicion that the conquistador might actually be Quetzalcoatl himself.

Meanwhile Malinal's friend, the witch Tozi, wages a supernatural war of her own against Hummingbird, the terrifying demon the Aztecs worship as a god, and against the evil sorcerer Acopol who does his bidding.

Links for War God: Nights of the Witch (Volume I):